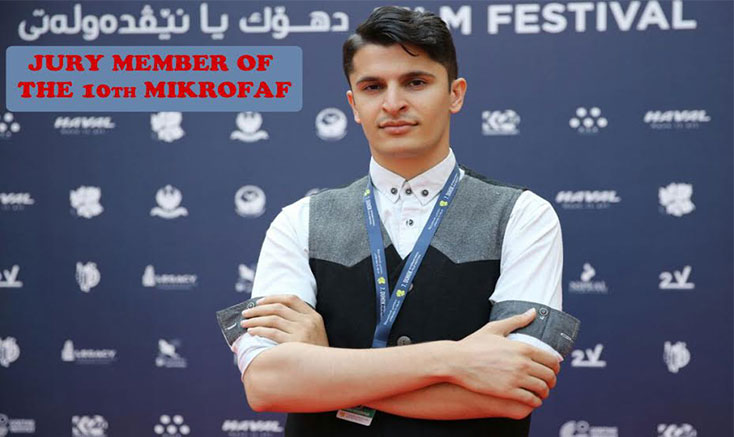 The jubilee 10th edition of MikroFAF, International festival of short DIY and independent film, will take place from 10th to 13th of October 2019, in the Museum of Yugoslav Film Archive (Kosovska 11, Belgrade).

From Thursday to Sunday, over 80 films and videos will be presented in various programs. Besides Balkan region and Europe, there will be films made by authors from Iran, Korea, Sri Lanka, Uzbekistan, South Africa, India, USA…

As this is the tenth edition of the MikroFAF Festival, we consider the word POWER added to its title to be more than deserved. For, our POWER is in the fact that we have persevered in our intention to promote independent creativity, creativity in limited conditions, young authors, and current film and social phenomena. We have accumulated this strength and power over the years thanks to valuable authors, guests, friends and loyal audience.

Saman Hosseinpuor
A director and screenwriter from Iran.  He has directed and written seven short films that have been listed in over 500 international selections and have won over 40 awards. His film The Last Embrace screened at the 9th MikroFAF Festival 2018.
http://samanhp.ir/

Tags: Saman_Hosseinpuor
The President of the Jury of Early Bird Film Festival